Looks like the Univ of Michigan is growing assholes.

Pro Libertate: Liquidate Your Local Police: An Idea Whose Time Has Come

Pro Libertate: Liquidate Your Local Police: An Idea Whose Time Has Come: l
Posted by Rich T at 5:47 AM No comments:

via Way Up North

The powers that be are going to everything in their grasp to control the flow of wealth/hard money that can be gained through means like the above picture.


According to the Chilkat Valley News:

In what seems sure to become another dramatic episode of "Gold Rush: Alaska," two Porcupine gold mines being filmed for a reality TV show were shut down recently after failing to meet federal training requirements. They also were cited for violations of worker-safety regulations.

Inspections by the U.S. Mine Safety and Health Administration Aug. 4-8 resulted in a total of 13 citations and two compliance orders against John Schnabel’s Big Nugget Mine and the Jim Nail Placer Mine operated by "Dakota" Fred Hurt, according to a website maintained by the agency.

~ snip ~
Parker Schnabel said he doesn’t doubt that last winter’s TV exposure drew the attention of regulators. According to the Alaska Miners’ Association, there are about 200 small, seasonal placer mines in the state, which federal inspectors are required to inspect once a year. "We’ve been operating 25 years and never had a (federal) inspection," Schnabel said. 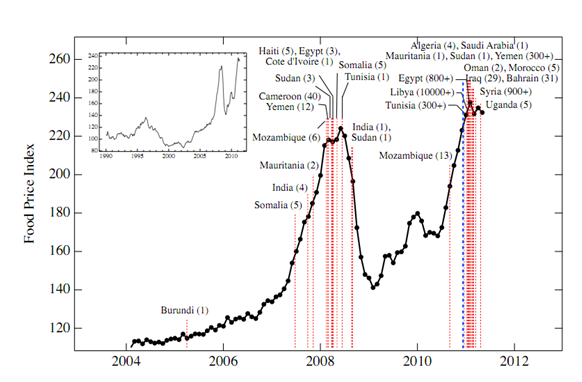 The Cause Of Riots And The Price of Food

What causes riots? That's not a question you would expect to have a simple answer.

But today, Marco Lagi and buddies at the New England Complex Systems Institute in Cambridge, say they've found a single factor that seems to trigger riots around the world.

This single factor is the price of food. Lagi and co say that when it rises above a certain threshold, social unrest sweeps the planet.

Time to Get Naked

Looks like Toronto police are just like the TSA, but are saving the town folk from radiation. 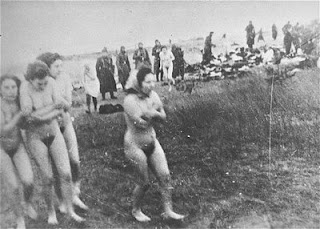 Of the total strip searches in Toronto in 2010, it was reported that an "item" was found in one-third or 9,448 of these cases without specifying whether the item was evidence, weapons or something as innocuous as a piercing.