It was brought to my attention the other day that not only is the Federal spending in each state disproportionate to the federal taxes paid, but of the ten to receive the most, New Mexico tops out at $ 2.03. In other words, New Mexico receives 100.03% return on their investment. This prodded me to do some more digging and guess what I found? Thirty-three states receive more than 100% of their taxes back in Federal spending and the very coup de gras is this: WASHINGTON, DC RECEIVES $5.55 BACK FOR EVERY DOLLAR THEIR PEOPLE PAY IN TAXES

Aside from the fact that (when you add it all up and do the math) the fiscally irresponsible Feds pay back 125% for every dollar collected (try doing that with your business), the entire process is the pure definition of Socialism; take everyone's money and then re-allocate it wherever the politicians see fit to do so. Additionally, aside from perhaps a few surprises, I am telling you nothing that you do not already know. You and I have accepted this tyranny out of threat of going to jail and having done so, the Federal Government has continued to "test the envelope" by instituting one national program after another that infringes upon our freedoms, like the EPA, the FDA and all of the other acronyms that we have allowed to usurp our rights. Our weak Texas politicians continue to allow the Federal Government to override the Federal and Texas constitutions, implementing laws, procedures and ideas that harm us. 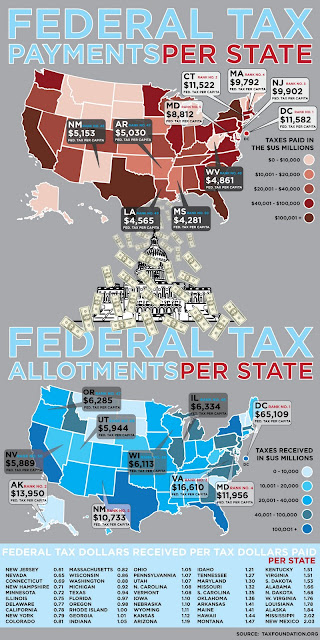 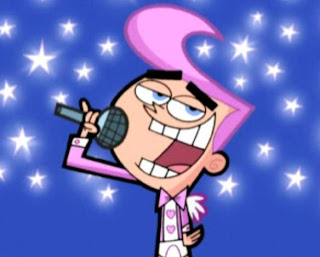 If the monster wants you...There are not many options.


Gibson's chairman and CEO, Henry Juszkiewicz, defended his company's manufacturing policies, accusing the Justice Department of bullying the company. "The wood the government seized Wednesday is from a Forest Stewardship Council certified supplier," he said, suggesting the Feds are using the aggressive enforcement of overly broad laws to make the company cry uncle.

AP's post on ripples in a pond  got me to thinking about the effects of ripples on events.

Most of us have seen the videos from Iraq/ AFG of the IED's exploding. 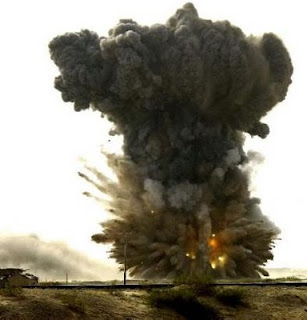 When the explosive (event) detonates it radiates outward on all axis points at its blast rate.

Then comes the real world and it forces to apply.  All the other things get sucked up in the blast and exert their resistance to it's beauty and the perfect expansion is altered.

Oleg Volk has a good picture that reflects this theory. 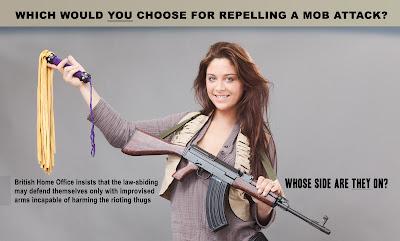 What if one person decided to stand up and stop the London riots...that first defining moment.  World history would be changed.

Today the British government has decided that it would be inappropriate to give away Olympic tickets of shooting competitions to kids.

London schoolchildren are eligible for 125,000 Olympic tickets but these will not include any featuring guns, as Games organisers and City Hall fear a backlash from the anti-gun lobby.
Giving children tickets to the events, at the Royal Artillery Barracks in Woolwich, could have appeared at odds with Mayor Boris Johnson's bid to quell teenage gun and knife crime.

A source said: "We decided it would not be appropriate. It's the only sport children will not be able to go to as part of the Ticketshare scheme."

The socialist are shaping the ripples to fit their view and how they want things be viewed.

As you sit there and ponder should I do this...should I get involved... should I take a stand

Think of the change that you might be able to make on the world.  Even if it only affects one person.

What would of happened if founding fathers decided to just sit back.

Alter the ripples
Posted by Rich T at 12:50 AM No comments:

HT to the wife. 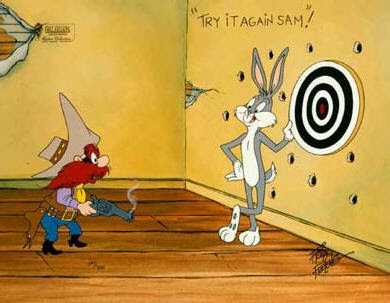 The sheer of stupidity of some people amaze me.

I'll let you decide which one of these two was the stupider.

Man Gets 99 Years For Cattle Rustling

LUBBOCK, Texas -- An East Texas man with a prolific cattle rustling history spanning more than a decade has been sentenced to 99 years in prison for swindling bovines from a Mississippi rancher.

Carl Wade Curry, 44 from Athens was accused of stealing 400 head of cattle worth more than $200,000 last year. District Attorney Staley Heatly says Curry placed an order with a Mississippi man using a fake name and cattle company in Vernon, where the owner shipped the cattle.

The owner contacted authorities when he didn't receive payment. A jury in Hardeman County took less than 30 minutes to both convict and sentence Curry on Wednesday evening. In the deal Curry used the name Earnest Jackson.

"He was going to mail me a check and he didn't," rancher David Sanders of Starkville, Miss., said. "Then he was going to Federal Express it to me. Didn't happen." Sanders had already shipped the cattle to a non-existent address in Hardeman County.

When Sanders didn't get paid he called the Texas and Southwestern Cattle Raisers Association. A special ranger with the association located the animals before they were sold. "They really put their noses to the grindstone and got this guy good," Sanders said. Testimony at Curry's trial revealed he had stolen 2,097 head of cattle worth nearly $1 million since 2007, Heatly said

Here in Texas cattle rustling is still a hanging offense. 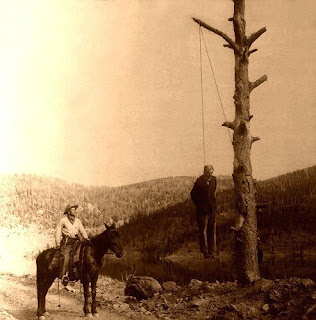