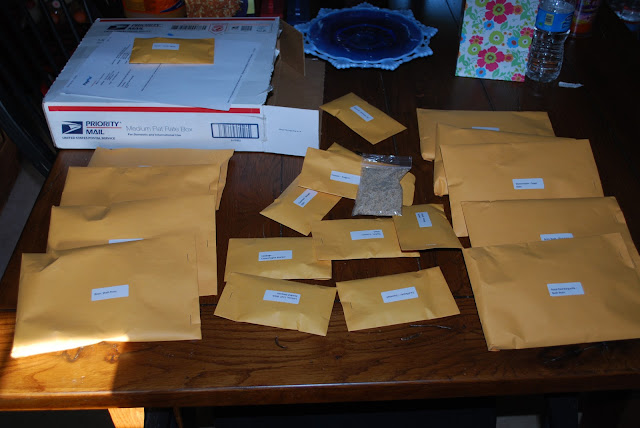 I was talking to Bill Nye on the way home from work today and he told me he shipped my Patriot Seed package out yesterday.  Yep...one of the perks of being local...local...local.  Next day delivery w/o the extra cost.

So I get home and there she was in all her glory....the USPS priority package on the porch.

Opening it up was like dumping out that Christmas stocking on the cold morning in front of a fireplace.  It seemed like it wouldn't stop coming out.

I pulled out the tomato seeds from the manilla pack.

There is enough seeds there for 10 years with out harvesting the seeds from the ones you grow.

Here is how much it cost Bill to ship it. 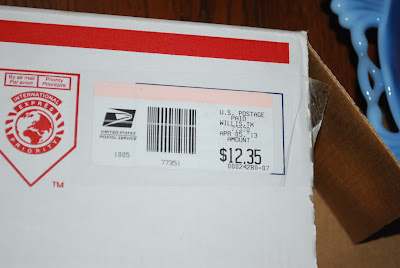 Now with this part, Bill asked me not to say anything, but I have to.

In his posts about a large site wanting to carry his seed deals, he turned them down.  That was probaly one of the best decisions he made.

This was a website hosted from the Texas Hill country by a big name, who now appears to be nothing but a hypocrite like all the others who pimp the community.  They wanted control, iron fisted control of Bill.

Folks, those that say they want to help.  To restore the Constitution.  To stop the tryanny.

Most of them are nothing but hacks, hyprocrites and shysters who are waging a war on your mind.

Give Bill your business.  Support a true patriot.  A small business man.  A true friend who stood up for freedom and is not afraid to thumb his nose at the beast.
Posted by Rich T at 6:41 PM 1 comment: