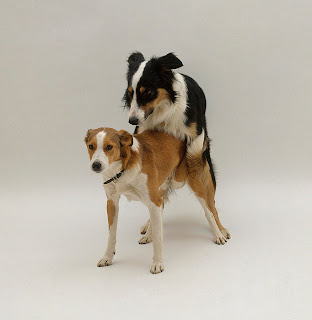 Said Obama: “These president years are dog years. . . I may be gray, but I’m not tired. My passion is still there. My vision for this country is still there.”    I'm just a bitch in heat
Posted by Rich T at 3:22 PM No comments: 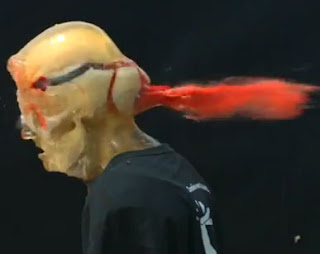 This goes right along with Kerodin's post on Islam Rising & one from WSRA.

DoJ is showing how big a dhimni they can be by erasing all references to islam from all training manuals related to terrorist training..


Deputy U.S. Attorney General James Cole confirmed on Wednesday that the Obama administration was pulling back all training materials used for the law enforcement and national security communities, in order to eliminate all references to Islam that some Muslim groups have claimed are offensive.

While at the same time leading islamo-fanatics sucked up to the same DoJ referenced above to  make criticizing islam a crime.  Never mind the 1A thingy.

The department’s “civil rights lawyers are top of the line — I say this with utter honesty — I know they can come up with a way” to redefine criticism as discrimination, said Sahar Aziz, a female, Egyptian-American lawyer.

“I’d be willing to give a shot at it,” said Aziz, who is a fellow at the Michigan-based Muslim advocacy group, the Institute for Social Policy & Understanding.

None of the Islamist advocates of civil rights officials in attendance, including Perez, objected to Aziz’s call for free-speech restrictions.

With Obama baby daddy thing becoming more & more prevalent.  All the nodes and point are leading back to the pResident being the heir of the islamo-radical-militant-black posse group, that's know to troll polling stations.

It's only a matter of time before obama becomes the next Mahmoud Ahmadinejad.  Lord knows he's just as crazy.

A proposed rule to the Freedom of Information Act would allow federal agencies to tell people requesting certain law-enforcement or national security documents that records don’t exist – even when they do.

Under current FOIA practice, the government may withhold information and issue what’s known as a Glomar denial that says it can neither confirm nor deny the existence of records.

The new proposal – part of a lengthy rule revision by the Department of Justice – would direct government agencies to “respond to the request as if the excluded records did not exist.”
Posted by Rich T at 7:58 AM No comments:

Eight current and former NYPD officers and one New Jersey corrections officer have been arrested on charges that they were running a gun-smuggling ring that dealt weapons in New York City.

The officers arrested include five active-duty officers assigned to Brooklyn, three retired officers and one New Jersey corrections officer. They were picked up by FBI agents and NYPD Internal Affairs investigators early Tuesday.

The socialist left want to corrupt our young children to do their bidding.  The "last frontier" for them to make the world in their sick view.

Middle school students will be assigned "risk cards" that rate the safety of different activities, the paper says, from French kissing to oral sex.

he was encouraged to disregard what you told him about sex, and to rely instead on teachers and health clinic staff members?

U.S. Rep. Debbie Wasserman Schultz, the chairwoman of the Democratic National Committee, interrupted an interview with a reporter Saturday in Charleston to speak with two elementary-school age children that she quickly labeled “little Democrats.”

“We are leaving no stone unturned,” she said once she returned to the interview.