In the world today all we see, read & hear about is mostly the darkness & evil abounding trough out the lands.

Today, I see a glimmer of light shining through the darkness as a beacon for others to use as a guide.

Most of can remember back to our HS days and remember those who were nominated for prom queen and what they acted like.

From the big community of Tarkington, TX we have this hope showing that kids raised right can & will make the right choices.

Becoming homecoming queen is a dream for many high school girls. But at Tarkington High School in Liberty County, some girls in the running worked to make sure one particular student was crowned.

A total of four students were vying to become the school’s homecoming queen, but they told their supporters to vote for Sydney Bloom. The 18-year-old student has Down syndrome.

It was an act of kindness and beauty, according to the school principal.
“The kids have grown up together, lived in the community together and this is a natural outpouring of their love and their sentiment for a fellow student”, said Jim Hair.
In the hours leading up to the school’s homecoming game on Friday, all eyes were on Bloom. She was named queen later in the night. 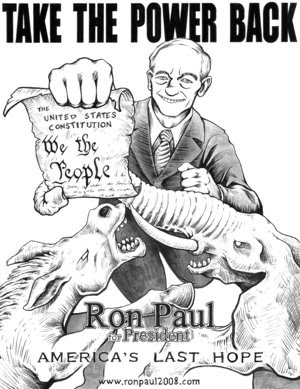 Ron Paul continues to gather momentum leading up to the GOP primaries.

Sam K has a good post about how Paul votes in regards to the Constitution.

Now out of one of the most Libtard states ever.  Paul picks up another straw poll.

A total of 833 ballots were cast during the straw poll, the statement said.
Paul won with 44.9% of the votes, Texas Gov. Rick Perry came in second with 29.3% of the votes, and former Massachusetts Gov. Mitt Romney came in third with 8.8% of the votes.


We were shown yesterday what most of us already knew when Romney was basically endorsed by the Terror Sponsor Extraordinaire, Jimmy Carter.

On Thursday, the newest tenant in Donald Trump's 40 Wall Street, a 70-story skyscraper in Manhattan's Financial District, will hand Mr. Trump a security deposit worth about $176,000. No money will change hands—just three 32-ounce bars of gold, each about the size of a television remote control.

The occasion will mark the first time the Trump Organization has accepted 99.9% pure gold bullion, rather than cash, as a deposit on a commercial lease.
Posted by Rich T at 10:00 AM No comments: 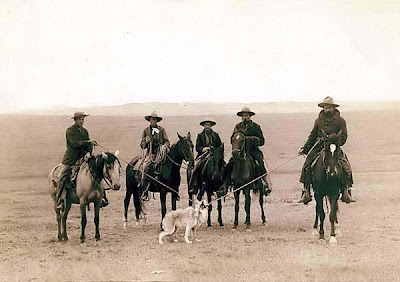 Looks like Sheriff Joe is gett'n a posse rounded up to look at the mighty kenyan. 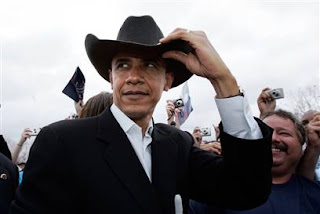 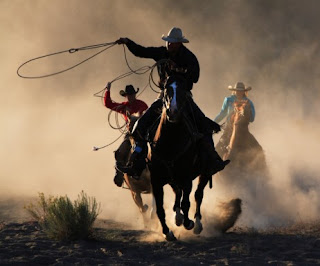 won't make it as far as this 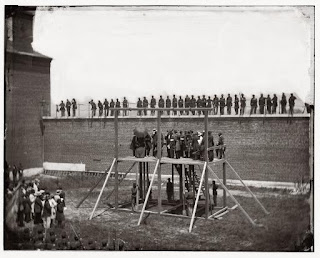 Maybe it will lead to this. 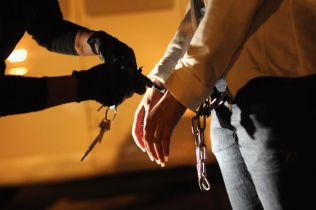 This man performed immolation because of debt.  Think about how many people are swimming in it here.  Wal-mart has reinstated Law-A-Way for Christmas because all the credit cards are maxed out.

We ain't seen nutt'n yet.

THESSALONIKI, Greece (AP) -- Greek authorities say a 55-year-old man has been hospitalized with chest burns after dousing himself with gasoline and then setting his clothes on fire. The man shouted that he was in debt as he carried out the act. 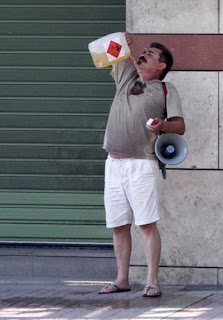 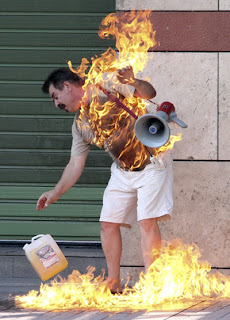 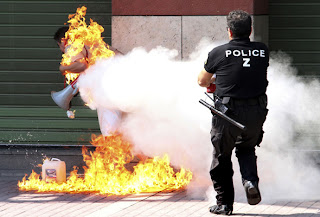 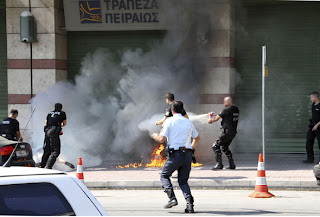