You Have Insufficient Funds 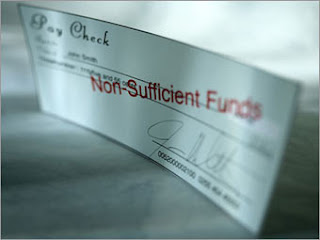 From the land of their pResident.

You can't write shit this funny.  The lottery checks from the state bounce. LMAO.


Eighty-five Illinois Lottery winners last week probably thought they were lucky — until they tried to cash in their winnings, that is.

Oh and don't forget this little tidbit of news from the Sun Times.

Illinois, unable to solve its long-running financial problems, was given the lowest credit rating of any state in the country by Moody’s Investors Service on Friday, a move that will increase costs to taxpayers.

A second agency, Standard & Poor’s, left its Illinois rating unchanged but warned of a negative outlook that could lead to a downgrade in the future. A day earlier, Fitch Ratings also left the rating unchanged and declared a stable outlook.

The worst rating in the nation. ROFLMAO.
Posted by Rich T at 5:21 PM No comments:

Yep.  Some good laughs & memories from one of these 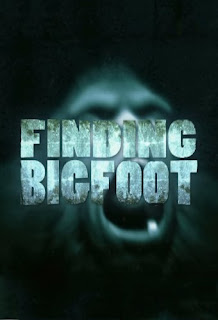 Those who are camping out for PATCOM be on the look out for Bigfoot.  Supposedly one has been sighted in Sam Houston forest.

Selco is fix'n to lay it out for us.

Skewl is in session.  This will be a pass/fail test.

In this...failing is a bitch.

*The upcoming course that launches next week consists of several elements such as interviews, some videos, Selco’s supply list and a guide about what Selco thinks is important when it comes to survival. This article here is the introduction to the guide. If you have subscribed to our newsletter you will get early access (and a discount) to join the course that will launch next week.* 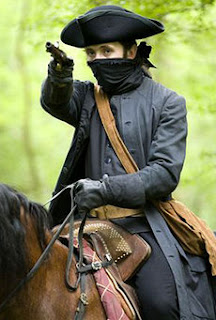 Highwayman- a holdup man, especially one on horseback, who robbed travelers along a public road

That is what we are seeing more & more with these seizures by these gangs of thugs.

Below is another horror story.  They were carrying money for a church to buy property and the wonderful LEO of Virginia decided they were criminals and didn't need it.  Even thought the church corroborated their story.


We have already been seeing 1-man posse's pop up.  I would look for organized groups in the future to combat this thievery.


VICTOR RAMOS GUZMAN and his brother-in-law noticed a Virginia state trooper pull up beside them as they traveled on Interstate 95 near Emporia, Va., in November. “A police car drove by in parallel, looked at our faces and on no more than that decided to stop us,” Mr. Guzman said in a sworn affidavit.

Virginia State Police say the men were speeding, driving 86 mph in a 70 mph zone and “following too closely.” But the trooper did not issue a ticket that morning despite the allegedly excessive speed nor did he charge the men with any civil or criminal violations. He did, however, seize $28,500 in cash.

Trooper Murphy checked their papers, legal status, rental information, et cetera. Having found no violations, the trooper also called the FBI and ICE. The FBI declined involvement. The officer confiscated the cash and issued a receipt for it.

Guzman and Sorto were told by Trooper Murphy that the seizure was being executed “on order of ICE” but that no ICE agents were available because they were in a meeting. Guzman asked that they contact the church to verify their account of the currency trooper Murphy declined to do so and, apparently, told them to shut up. They were also told that they would be contacted by ICE Norfolk.

I saw this last night on the KPRC news at 10pm.  For some reason I can't get the video to embed, so head to the link to watch.  Read the "Oswald" connection they try to make in the caption below the video.

Jan. 6, 2012: A man is arrested in northwest Harris County after he is spotted on a grassy knoll with weapons. Phil Archer reports.

The guy had a AK & pistol and was standing out along the street in Houston.  The report alludes to him wanting to stand up for our 2A rights & defending liberty.  Plus he has a liberty patch on his load bearing vest.

Phil Archer stated that he was wearing 2 bullet proof vests.  Once again dumb ass reporters show their ignorance.  They also said that he had changed the s/n of the AK.

Once again the "see something...say something" sheeple mentality kicked in.  One lady was so afraid because he had a gun, she called the local thugs to come get him.
Posted by Rich T at 11:21 AM No comments: 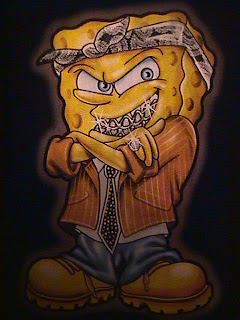 This shit cracks me up.

Microsoft has been granted a patent for its “avoid ghetto” feature for GPS devices.


A GPS device is used to find shortcuts and avoid traffic, but Microsoft’s patent states that a route can be plotted for pedestrians to avoid an “unsafe neighborhood or being in an open area that is subject to harsh temperatures.”
Created for mobile phones, the technology uses the latest crime statistics and weather data and includes them when calculating a route. 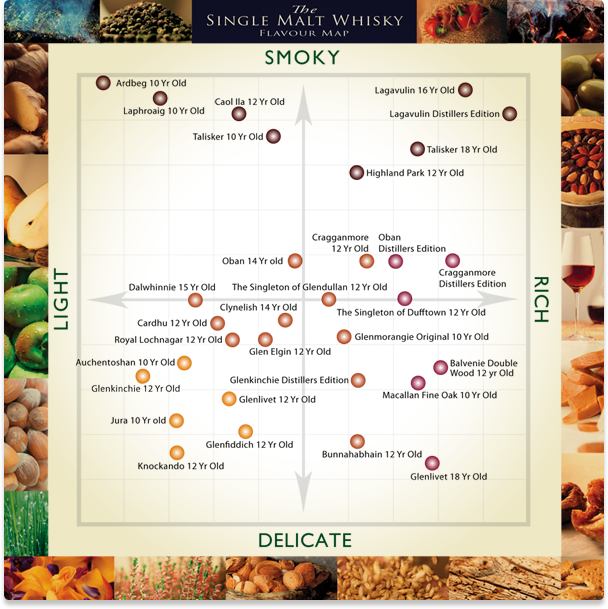 Smoke Em' While You Can

Once again the Castle Doctrine saves lives along with guns.  In Henderson, NC an 14 yr old stood his ground.


Police in North Carolina revealed a 14-year-old boy shot dead an intruder attempting to break into his home while he and his sister were alone.

Now what is jacked is the the below from the 911 call by the dispatcher. There were still 3 other roaming around that came with the dead one.


'Do not, while I’m on the phone, do not fire that firearm, OK?' the dispatcher says

In the call, the teen, says: 'I just shot the man. He came around the corner. I shot him. He broke the whole glass out (of the back door).'


He continues: 'I don't know how many it was (who broke in). Just one came around the corner. I got one more in the chamber. I'm going to shoot again,' the boy said.

I found this over at Oathkeepers and thought it was appropriate.

When in the darkest hours of the year 1772, when disunion against British tyranny seemed eminent, Warren of Plymouth was desponding and said:
"The towns are dead and cannot be raised without a miracle."
Samuel Adams responded: "I am very sorry to find in you the least approach towards despair. Nil desperandum (never despair) is a model for you and me. All are not dead; and where there is a spark of patriotic fire, we will rekindle it." (Bancroft"History of the United States" Vol. III pg. 426)