NSA.gov site down with DDoS attack 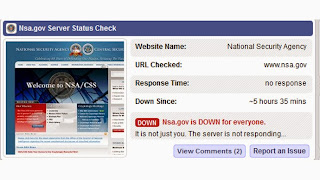 Partisan resistance comes in all forms and they are getting bolder.

NSA.gov has been unavailable globally as of late Friday afternoon, and Twitter accounts belonging to people loosely affiliated with the Anonymous hacktivism movement have suggested they are responsible.


Twitter users @AnonymousOwn3r and @TruthIzSexy both were quick to comment on the matter, and implied that a distributed denial-of-service attack, or DDoS, may have been waged as an act of protest against the NSA

Shine the lightbeam to flush the cockroaches 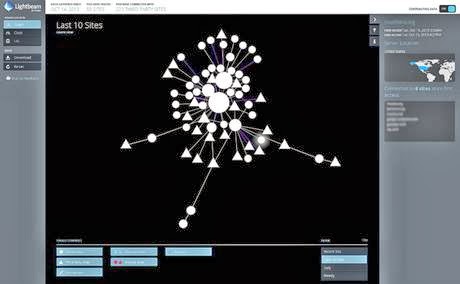 Users who activate Lightbeam will be able to see a real-time visualisation of every site they visit and every third-party that is active on those sites, including commercial organisations which might potentially be sharing your data


The software company said it was responding to increased privacy concerns following the revelation that the US National Security Agency (NSA) had tapped directly into the servers of Internet firms including Facebook, to track online communication in a surveillance programme. 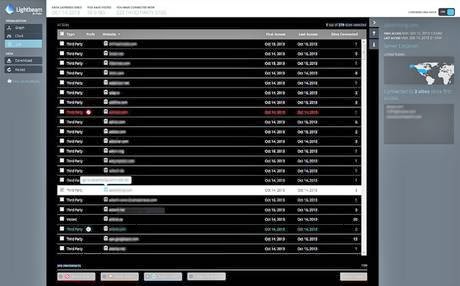