What's interesting is this man comes out of nowhere.

Once again, citizens are getting fed up with the CopDom crap LEO's are doing against them.

via Photog Not a Crime


A video posted on Youtube shows a pair of Baltimore police officers struggling with a suspect before another man walks up and punches one of the officers in the face, prompting the two officers to turn their attention to him, apparently allowing the first man to go free.

One of is the officers is on his back with the second suspect on top of him when a third cop runs up and kicks him in the face, which allows them to eventually handcuff and detain him.

There is not much more information on the incident, according to The Baltimore Sun, which still hasn’t determined when the incident took place. The video was uploaded to Youtube early this morning.

Pentagon to Send US Troops to Israel

In one of the most blacked-out stories in America right now, the US military is preparing to send thousands of US troops, along with US Naval anti-missile ships and accompanying support personnel, to Israel.

It took forever to find a second source for confirmation of this story and both relatively mainstream media outlets are in Israel. With one source saying the military deployment and corresponding exercises are to occur in January, the source providing most of the details suggests it will occur later this spring. Calling it not just an “exercise”, but a “deployment”, the Jerusalem Post quotes US Lt.-Gen Frank Gorenc, Commander of the US Third Air Force based in Germany. The US Commander visited Israel two weeks ago to confirm details for “the deployment of several thousand American soldiers to Israel.” In an effort to respond to recent Iranian threats and counter-threats, Israel announced the largest ever missile defense exercise in its history. Now, it’s reported that the US military, including the US Navy, will be stationed throughout Israel, also taking part.

While American troops will be stationed in Israel for an unspecified amount of time, Israeli military personnel will be added to EUCOM in Germany. EUCOM stands for United States European Command.

And another one bites the dust...

Eastman Kodak Co. is preparing for a Chapter 11 bankruptcy-protection filing in the coming weeks should efforts to sell a trove of digital patents fall through, people familiar with the matter said.

The struggling photography icon, which employs about 19,000 people, is in discussions with potential lenders for around $1 billion in so-called debtor-in possession financing that would keep it afloat during bankruptcy proceedings, the people said. A filing could occur as soon as this month or early February, one of the people said.

She has spent hours on Facebook trying to find her granddaughter, Jakadrien.

"Once I get home I am up until 3 or 4 in the morning searching and looking," Turner said. "It's all I can think about. Finding my baby."

Turner has been searching for Jakadrien since the fall of 2010, when she ran away from home. She was 14 years old and distraught over the loss of her grandfather and her parents’ divorce.

Turner searched for months for a clue.

"God just kept leading me," she said. "I wake up in the middle of the night and do whatever God told me to do, and I found her."

Turner said with the help of Dallas police, she found her granddaughter in the most unexpected place - Colombia.

Where she had mistakenly been deported by U.S. Immigration and Customs Enforcement (ICE) in April of 2011.

"They didn't do their work," Turner said. "How do you deport a teenager and send her to Colombia without a passport, without anything?"

News 8 learned that Jakadrien somehow ended up in Houston, where she was arrested by Houston police for theft. She gave Houston police a fake name. When police in Houston ran that name, it belonged to a 22-year-old illegal immigrant from Columbia, who had warrants for her arrest.

So ICE officials stepped in.

News 8 has learned ICE took the girl's fingerprints, but somehow didn't confirm her identity and deported her to Colombia, where the Colombian government gave her a work card and released her.

"She talked about how they had her working in this big house cleaning all day, and how tired she was," Turner said.

Through her granddaughter’s Facebook messages, Turner says she tracked Jakadrian down.

U.S. Federal authorities got an address. U.S. Embassy officials in Colombia asked police to pick her up.

But that was a month ago, and the Colombian government now has her in a detention facility and won't release her, despite her family's request.

"I feel like she will come home," the grandmother said with tears in her eyes. "I just need help and prayer.”

There are still many unanswered questions about how an African-American girl who speaks no Spanish is mistaken for a foreign national. Immigration officials are investigating and released a statement late Tuesday.
"ICE takes these allegations very seriously," said ICE Director of Public Affairs Brian Hale. " At the direction of [the Department of Homeland Security], ICE is fully and immediately investigating this matter in order to expeditiously determine the facts of this case."

ICE officials also noted there have been instances where ICE has seen cases of individuals providing inaccurate information regarding who they are and their immigration status for ulterior motives.
Posted by Rich T at 3:09 PM 2 comments:

The difference between then & now.....Dates

The history of US aggressive war-making has been closely linked to central banking, inflation and government debt. These are the ways that US wars have been funded. The history of this link has been traced by Dr Murray Rothbard, a New York professor, author and one of the leading economists and libertarian theorists of the twentieth century, to the Massachusetts Colony. Rothbard credits the Yankees of Massachusetts with the distinction of being the first people in the history of the world to fund aggressive war by printing paper money. The Massachusetts Colony was accustomed to hiring mercenaries which they sent out on raids against the prosperous French people of Quebec. The mercenaries were allowed to keep a portion of what they could steal from the Quebecers. After being repelled by the French colonists, the Yankee plunderers went back to Boston and demanded payment. Rather than raise taxes on its people, the Massachusetts government simply printed up un-backed paper currency (which quickly de-valued and left those holding the paper currency with an increasingly worthless piece of paper). The Federal Reserve Bank of San Francisco (one of the branches of the US central bank) on its website credits Massachusetts with in 1690 “issue[ing] the first paper money in the colonies which would later form the United States.” The other colonies learned from the example of Massachusetts and began printing their own worthless paper currency to fund various government programs. Finally the British Empire stepped in and put a stop to all this monetary inflation.

In April of 2010 Dr Thomas DiLorenzo, the author of The Real Lincoln and Lincoln Unmasked, gave a speech entitled “War and Inflation: Financing the Empire” in which he proceeds from the above early example of the Yankee’s penchant for money manipulation and imperialism to the Hamiltonians and Federalists to the Whig Party, Lincoln’s Republicans, the Progressives and on down to today. The pattern is unmistakable, as is the desire by people like Hamilton, Lincoln, Teddy Roosevelt, Wilson, Franklin D Roosevelt and those of their ilk to expand the power and control of the US government, use it to benefit their friends and supporters, and re-organise society as they see fit. If you think about it, there are very strong connections between this mentality and that of the Yankee founding fathers in Massachusetts.

Thought everyone could use a laugh at their expense. 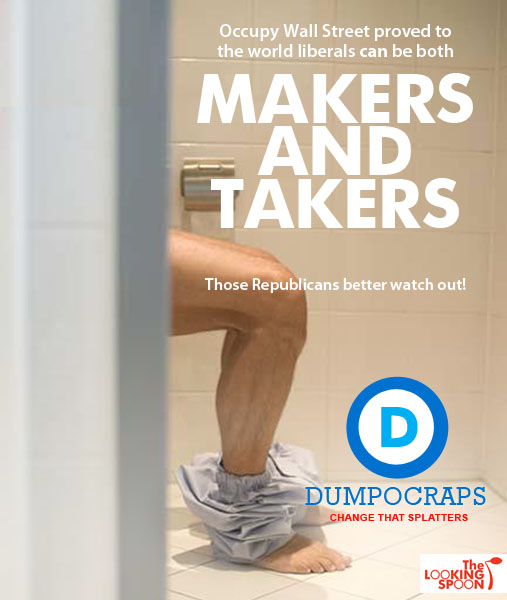 A young Oklahoma mother shot and killed an intruder to protect her 3-month-old baby on New Year's Eve, less than a week after the baby's father died of cancer.

Business Insider has a write up that Ron Paul may ultimately win Iowa.  The caucus is non-binding and what matters is the county delegates.  Below is what the senior campaign manager told the supporters.

That's because Iowa's Republican caucuses are non-binding — they are technically just a straw poll, so once selected, delegates are free to vote for whichever presidential candidate they choose.

"Part of what we've been training the Ron Paul people to do is not to leave after the vote," Dan Godzich, a senior campaign advisor, told BI. "Stay and get elected to the conventions and get us those delegates."

UPDATE: 1:40 a.m.
Sources close to the Paul campaign indicated Tuesday that they were happy with their delegate count. Although we couldn't get specific numbers, a source told Business Insider that Paul nailed down the delegates in all of Iowa's smaller counties, and made a strong showing in several larger .

It's gonna be interesting to see how this plays out.
Posted by Rich T at 7:25 AM No comments:

Down Range: The Ultimate Assault Weapon

Duke has some thoughts on a coach gun and it's ability to deliver big.

Alright, got your attention, maybe a little misleading but something to ponder. I have long been a fan of shotguns for defense, I know they have limits for range but if you think about it there is no other gun which has the capability to deliver 2 shots faster than a double barrel, in fact most can fire both barrels at the same time and with 00 Buck there is nothing than can come close to delivering 18 chunks of 30+ caliber lead down range faster. 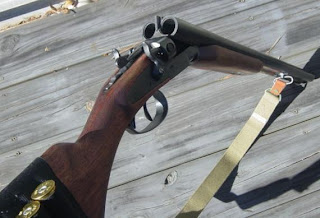 Not surprising.  It is refreshing to see someone in uniform speaking with clarity.

The soldier starts explaining how pre-emptive war is the greatest danger and the feed is cut.