Miguel Perez, current president of Chicanos Unidos Arizona and an active member of La Raza, also served as the vice president of the Latino civil rights organization MECHA in Fullerton California. He is the son of two Mexican immigrants. Perez plans to become a lawyer in order to protect the rights of Latinos. You can reach Perez at mperezlaraza1985@gmail.com.

Phoenix-based Nuestros Reconquistos claims that there will be a war very similar to the Civil War fought in the next five years. “La Raza and MEChA have already talked to Latinos and Phoenix and explained that Latinos need to arm themselves for war,” says Nuestros Reconquistos President Manuel Longoria. 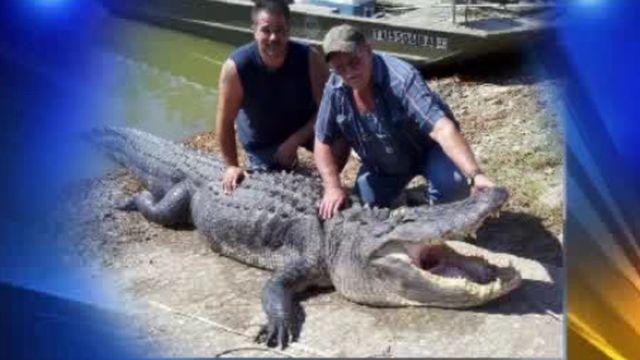 I fish in Lake Livingston so seeing gators ain't a thing.  But damn!!!!  So get the grease going and lick your lips cause tail & jaw meat is good.  And it don't taste like chicken.

This was caught on the north end of the lake near Westwood Shores.

A game warden said the reptile was spotted by several concerned residents who called Texas Parks and Wildlife. The agency employed an alligator hunter to trap the creature and remove it from the community.

One resident said she spotted the alligator just feet from her home on a shallow part of the lake."He was laying right out there by that stump.

My son took a rod and reel and tried to catch him," said Gail Kinard.She said it was the largest alligator she's ever seen. Living on the lake, she said she's no stranger to these reptiles, but none have come up this big.Texas Parks and Wildlife officials said that because of a decrease in the water levels, the alligators are being spotted more often in areas where they were not seen before.  They said the alligator never caused any danger to residents or their pets.

David Hunter hunted the alligator and caught it. He said it had attacked a deer. He said because of the animals size and magnitude, it had to be killed. It was just too big and dangerous to be relocated to a new location.Kinard said she's spotted at least six alligators this summer, more than ever before. She said she is just glad the biggest one has been caught."

I don't want it here because with the water going down and stuff, they're going to be coming up here," said Kinard.The alligator hunter said this gator was one of the largest caught in east Texas. 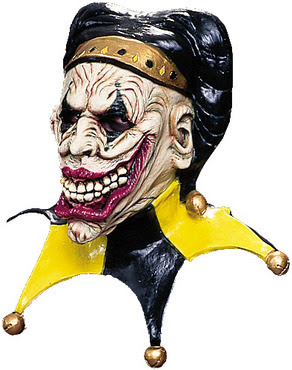 The acts of the circus courts never cease to amaze me.
This situation here is in Trinity county TX. An issue of easement in which there was not any documentation for the water lines to be there.
Here we have the water company Prez stating that they (the water company) did not have the legal right to use Bobby Conner’s land in July 21 article.
Water company president Kenneth Jones admits they don't legally have the right to use his land for their water lines.
The lines were laid more than 30 years ago, but Jones says they can't find paperwork for an agreement with previous owners.
"We were making arrangements to move the line... Get into the highway right-a-way," said Jones.
Not quick enough for Conner.
"I dug it up last month to let them know it was coming,"said Conner.
Fed up, on Wednesday he tore into the water line with a chain saw.
His lawyer made this statement.  3 weeks after the incident he was arrested.  Seems to me they would have arrested him the day he cut the line.
He was arrested three weeks after cutting a Nogalus/Centralia Water Supply Company water line that runs under his property.
Deaton says so far no documents have turned up that would allow the water lines to be there.   He says he's still trying to figure out the case against Conner.
"I'm having a hard time finding a statute that my client did anything wrong under. I'm not sure he's committed a crime. It may have taken them some time to try and figure out how they were going to charge him. I don't know that for a fact," said Deaton.
So on Aug 30, the Trinity county Grand Jury indicts him….FOR WHAT?
Bobby Conner is charged with disruption of water service, a third-degree felony.
Go read all the comments at the above link.  It appears that their may be some Dukes of Hazard style corruption going on.
Ah hell Bo, that's just normal here.
Trinity County Sheriff...oppressor extraordinaire.
Ralph Montemayor 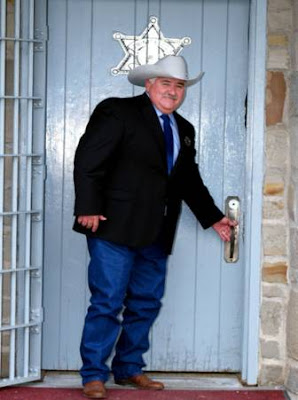 California Tree of Liberty: If you are a terrorist... 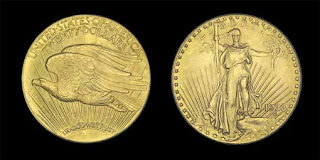 How did a Philadelphia family get hold of $40 million in gold coins, and why has the Secret Service been chasing them for 70 years?

The most valuable coin in the world sits in the lobby of the Federal Reserve Bank of New York in lower Manhattan. It's Exhibit 18E, secured in a bulletproof glass case with an alarm system and an armed guard nearby. The 1933 Double Eagle, considered one of the rarest and most beautiful coins in America, has a face value of $20—and a market value of $7.6 million. It was among the last batch of gold coins ever minted by the U.S. government. The coins were never issued; most of the nearly 500,000 cast were melted down to bullion in 1937.

Most, but not all. Some of the coins slipped out of the Philadelphia Mint before then. No one knows for sure exactly how they got out or even how many got out. The U.S. Secret Service, responsible for protecting the nation's currency, has been pursuing them for nearly 70 years, through 13 Administrations.
Posted by Rich T at 2:05 PM No comments:

Makes you wonder about the rest of the clan????? 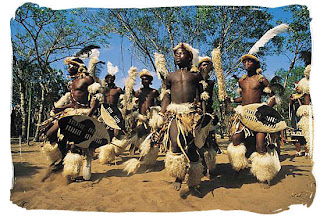 President Obama’s accused drunken-driving uncle — who was busted after a near collision with a Framingham cop — has had a valid Social Security number for at least 19 years, despite being an illegal immigrant ordered to be deported back to Kenya, the Herald has learned. 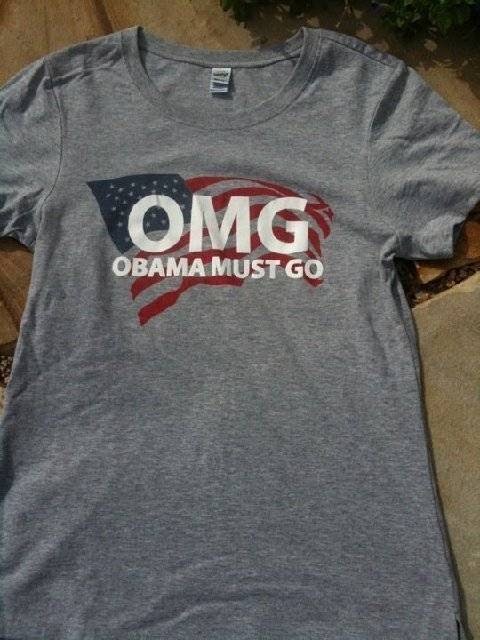