Learning by Others Mistakes

Other folks costly mistakes are useful ideas for others.
Posted by Rich T at 4:24 PM No comments: 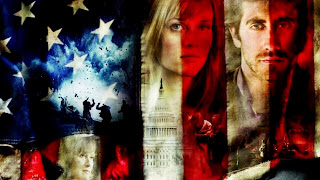 You don't think that what we talk about on the web, blogs & other such venues can't happen here in the good ol' USA?

Think again.  One of us had it happen to him.  AP has the link to this post about it.  His friend gives the first hand account of how the FBI used a SWAT team to arrest a witness, that right, and did not provide a warrant for it.

They just did their usual thing.  All in the name of the Government!

And here straight from Joshua Bennet

This morning while I was working on a bid for a job, my phone quit working. I tried it a few more times and then thought about it for a minute and then asked my wife, is your phone working? It wasn't.

So I sat and waited.

I watched them scatter.

The History Channel has a new show coming called Off the Grid.  Name of the game is that 2 regular guys are hunted by a team of professional trackers.  If they they don't get caught in the process f completing tasks, then they win $1M.

America has 30 million cameras recording four billion hours of footage each week. Everyone is being watched. Now witness host and master tracker Kevin Reeve give two everyday Americans the chance to escape this surveillance and win one million dollars. Contestants race to complete simple tasks and evade Kevin and his highly-trained team of trackers hunting them down with cutting-edge technology for the largest prize in cable television history.

My bet is that no one will win. These "tasks will be engineered for them to be caught.  Just like "Son's of Guns" can whip out a triple M-16 or a quad MG-42's in record time.  The wonders of editing.

With History Channel having more than 93 million viewers each week, this show is nothing more than Pavlov was with his dog.

They are conditioning the masses of sheeple  to think "what's the use", if any of them think they can hide.
Posted by Rich T at 7:55 AM No comments: