I suggest we quit getting pinned down in the "firefight" below.  It's tertiary to our objective.  It's not the main show, for those interested primarily in personal liberty.

Let's see how we can use the "firefights" of 2012 to advance our cause, and still remain "combat effective".

Only YOU can make the bad man stop...

To My Anon Friends @ Ft. Belvior

dusty old fart
It seems that I have some folks at Ft. Belvior that have decided to route my log in for the blog through them.

Now this morning they have decided to run it back through the original location here in Texas, but under a Android based phone, and while I was sleeping to boot.


Don't know why, but I am not going to be a "useful idiot" for some chicken shits.

If you have questions about/for me, I can be contacted at rwtimm at yahoo dot com

Warrior Talk News has a couple of good article.

The first in on the placement of the support hand while firing a rifle.  Sometimes folks get caught up in the "fancy" shit put out by Hollywood and want to hold the weapon at the mag well..

"With modern assault rifles, gripping the magwell as a default position is selling yourself short in terms of maximum effect on target. Usually the magwell is close to the balance point of the rifle. Ignorant riflemen say this allows quicker handling of the rifle. Physics state otherwise. Try holding a children’s seesaw at the middle/balance point; not very stable. Try moving the front axle of your car to the middle and see how well it rides and steers. We drive with the front wheels as far out as practical.

And the second is on the use of a scatter gun for a ambush.  It goes into a brief breakdown of what your objectives are, risk, size of enemy force, etc.


Integration of the Shotgun for Ambush Patrols

If charged with the planning and execution of this type of operation and integrating the shotgun one would need to consider the capabilities not only of the platform, but those of the operator and give respect to the terrain as well.

An ambush is a surprise attack from a concealed position on a moving or temporarily halted target.

Could four or five people lay down by a trail or road and fire a bunch of bullets simultaneously at a group of bad guys walking or driving along? You might very well pull it off…..then again it might not go so well for you. What could you do to enhance your survivability? 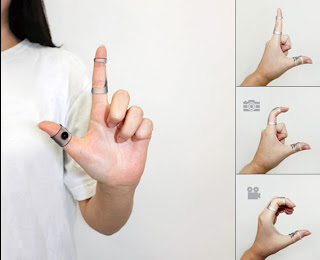 The Air Clicker is a two finger camera designed by Yeon Su Kim that is “doing it the Apple way”, according to Yanko Design. Yanko’s website states this prototype camera “strips away all the unnecessary aspects to a digital camera design“ and ”leaves us with a Bluetooth enabled camera lens and a motion-sensor shutter button mounted on two rubber bands.” 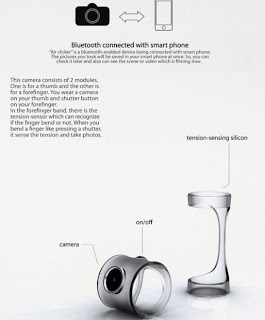 A Houston man was caught with a gun in his carry on luggage while in Argentina.

Steven Lee Burditt said he flew from Houston to Buenos Aires with a gun in his carry on. He was stopped when customs agents saw the firearm, ammunition and pepper spray as he tried returning to the United States on Wednesday.

KPRC Local 2 contacted the Transportation Security Administration to ask how Burditt could walk through the security checkpoint at Bush Intercontinental Airport with a gun and ammunition and not be stopped. TSA said it was reviewing the circumstances surrounding the incident.

2 to 1 says this is a common occurrence.  Just like the MF Global thing is.

Oh, by the way...here is the race thing again.

Michael Morton is white, as was his wife.  So were the prosecutors who convicted him.  What's more, he was convicted in overwhelmingly white Williamson County by a jury that presumably was overwhelmingly white.  All of this is at odds with the favorite liberal media narrative about horrific miscarriages of justice -- that they're typically committed by white prosecutors and white juries who allegedly harbor a racial animus against hapless black defendants and other minorities.


In Texas, a Tragic Miscarriage of Justice Fails to Excite the Liberal Media

District Judge Ken Anderson --  the lead prosecutor who convicted Morton 25 years ago -- publicly apologized to Morton and those adversely affected by the wrongful conviction.  The legal system had suffered a "system's failure," Anderson admitted.  But he denied charges that prosecutors hid evidence that would have bolstered Morton's defense.

The case against Morton was built upon circumstantial evidence -- including what prosecutors in Williamson County, just outside the capital of Austin, had portrayed as Morton's supposedly inappropriate reactions to news of his wife's murder and a claim that there were some tensions in his marriage.
Last week, another stunning development made headlines: police arrested a suspect in Christine Morton's murder -- Mark Alan Norwood, 57, a dishwasher in Bastrop, Texas.  He has a long criminal history.  A bandana found near the crime scene contained DNA linked to Norwood and his victim.  He has yet to be charged in Baker's death.

Morton's lawyers are now pursuing Anderson and former assistant district attorney Mike Davis, now in private practice, claiming that they withheld evidence.  Among other things, they want to know why a transcript from Christine Morton's mother was not made available to defense lawyers.  She told the case's lead investigator that the couple's three-year-old son told her that a "monster" -- not his father -- had beaten his mother to death

The Texas attorney general plans to reinvestigate the murder case, and the State Bar of Texas, in charge of lawyer discipline, is undertaking its own investigation focusing on Anderson and Davis.