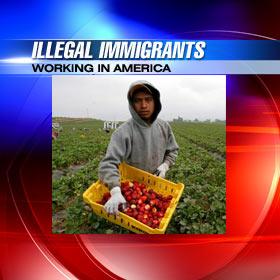 On average an illegal immigrant family gets $1800 of my tax money for filing a return on  a stolen SSN.

That is HORSE SHIT.

There are an estimated 11 million of these trespassers that are here in 2011.


Republicans are looking to deny child tax credits to illegal immigrants — refund checks averaging $1,800 a family — in an effort that has roused anger among Hispanics and some Democratic lawmakers.


The proposal, which would require people who claim the federal credit to have Social Security numbers to prove they're legal workers, is being offered as a way to help pay for extending the Social Security tax cut for most American wage-earners. It would trim federal spending by about $10 billion over a decade.