The tale of a Banana in a Pickle 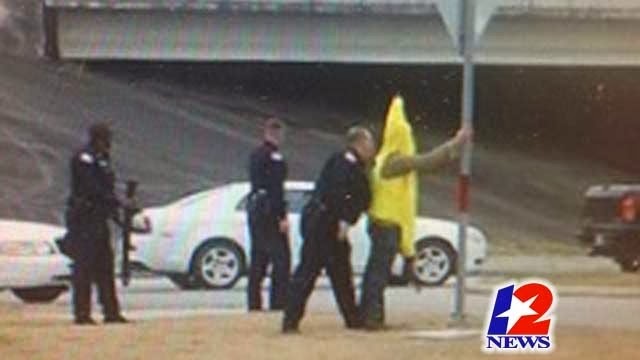 Below is a story from this morning that a young man advertising for him got put in a pickle.

It seem that the Beaumont police are trying so hard to be like big bro again.  They want to bully and vacuum up all kinds of data


Beaumont police were called to Eastex Freeway near Highway 105 Saturday morning by people complaining about a man dressed as a banana holding an AK-47.
Derek Poe, owner of Golden Triangle Tactical, told 12News Saturday that it was part of the store's grand opening after moving locations from Parkdale Mall.
Poe said the man in the banana suit was holding an AK-47 across his back with the barrel pointing down and holding a sign with an arrow pointing toward the store. He said this idea was to attract customers to the store.
A Beaumont police spokesperson said officers temporarily detained the 18-year-old and found he had the rifle with a drum magazine attached with at least a 50-round capacity. The spokesperson said the teen was cited for violating a city ordinance that prohibits soliciting in and alongside roadways.
Sgt. Rob Flores said police also gathered the necessary information on the weapon and completed paperwork for consultation with the Jefferson County District Attorney's Office concerning possible future criminal charges related to his display of the firearm.