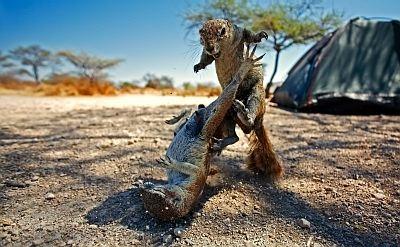 I found this pic at Outdoor Life.

I think it illustrates the fight we are engaged in.  To the death. 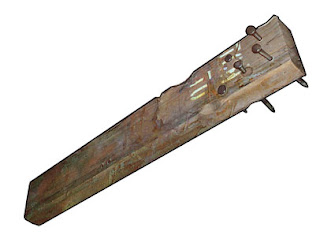 There is a hole being dug in one of the parks and wood is being used to reinforce the area around it. There are reports that nails have been hammered into wood for weapons and that generally there are people in the camps preparing for a confrontation with police.

People were seen carrying pallets into the camp shortly after 1:00 a.m. this morning. The destination of the pallets is a structure with graffiti in the northwest part of Chapman Park, also known as “The 420 Hotel”. The people there are very suspicious of any passers by, we are not sure at this point what exactly they are doing. We have been told it looks like they were making shields.

Looks like Department of Health and Human Service has decided to jump on the same train wreck as DOE.

It seems that they decided to sole source a $433M contract to a top Dem donor for a experimental smallpox drug.

Boy o boy, this administration just has a knack for giving us scandals.


A company controlled by a longtime political donor gets a no-bid contract to supply an experimental remedy for a threat that may not exist.

Over the last year, the Obama administration has aggressively pushed a $433-million plan to buy an experimental smallpox drug, despite uncertainty over whether it is needed or will work.

Senior officials have taken unusual steps to secure the contract for New York-based Siga Technologies Inc., whose controlling shareholder is billionaire Ronald O. Perelman, one of the world's richest men and a longtime Democratic Party donor.

Looks like the civilian side of the alphabet groups are now poking around for sugar daddy.

Below the page stat is some company info.

Let There Be Light

Finally exposed to the glaring light for what he is by one of his "worshipers" for shaking her down for $$$.

HAHAHA. Another one of the "compassionate" faces of izlam.  Can you see the sarcasm dripping?

vid of interview at link. 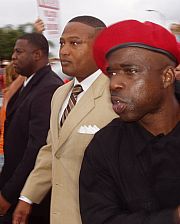 
"I thought of Quanell X as a leader," she said. "Because that's what you see on the news is him helping people."

So when Duff had a problem, especially one she thought involved an injustice, she went to the activist for help. Her son Devin had been charged with murder, and she believed he was innocent.

"This was a time when I was vulnerable, I was emotional,” Duff said.

But when she spoke with Quanell X, she said she got, not one, but two surprises.

the rest after the jump

A very large and exhaustive listing of death with source links.  99% of these are at the hands of communism, socialism ,authoritarian & totalitarian.

You know the type that oppresses the people, kinda like what we have here now.

Below are just a couple of examples