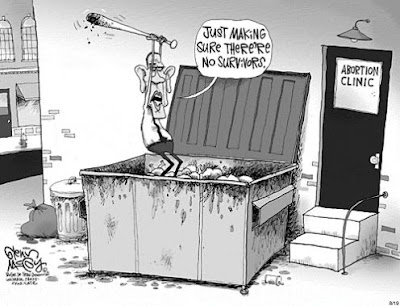 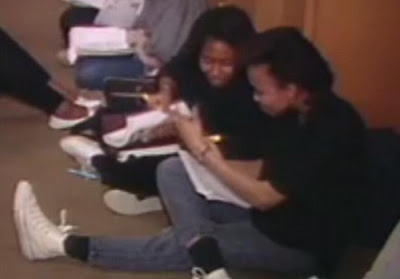 In May 1988, Harvard Law students, borrowing from Alinsky’s Rules for Radicals, and foreshadowing the Occupy movement of 2011, occupied the Harvard Law School’s dean’s office. The students were supporting Professor Derrick Bell’s demand that the law school hire professors on the basis of race.

One of the students “dressed in black” and occupying the dean’s office appears to be Michelle Obama (Harvard Law ’88). Here is a link to the grainy video. (lower right at about ten seconds in, wearing white Keds). 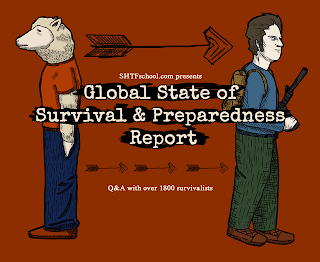 Selco has a in depth report on his Global State of Survival & Preparedness survey from last month.

Read the break down here.
Posted by Rich T at 2:17 PM No comments:

It reinforces the Castle Doctrine against unlawful police entry that the Indiana Supreme Court said citizens could not resist.

To that end, the bill recognizes that an individual “may use force … to prevent or terminate a law enforcement officer’s unlawful entry.”

And you thought I was paranoid

FBI director: Have to check whether targeted killing rule is outside US only

FBI Director Robert Mueller on Wednesday said he would have to go back and check with the Department of Justice whether Attorney General Eric Holder's "three criteria" for the targeted killing of Americans also applied to Americans inside the U.S.
Pressed by House lawmakers about a recent speech in which Holder described the legal justification for assassination, Mueller, who was attending a hearing on his agency's budget, did not say without qualification that the three criteria could not be applied inside the U.S.
"I have to go back. Uh, I'm not certain whether that was addressed or not," Mueller said when asked by Rep. Kevin Yoder, R-Kan., about a distinction between domestic and foreign targeting
Yoder followed up asking whether "from a historical perspective," the federal government has "the ability to kill a U.S. citizen on United States soil or just overseas."
"I'm going to defer that to others in the Department of Justice," Mueller replied.
Indeed, Holder's Monday speech at Northwestern University seemed to leave the door open. While Holder speaks of Americans who lead al Qaeda overseas, the implications of the speech seem broad.
"First, the U.S. government has determined, after a thorough and careful review, that the individual poses an imminent threat of violent attack against the United States; second, capture is not feasible; and third, the operation would be conducted in a manner consistent with applicable law of war principles," Holder said.
Holder said the feasibility of capturing a U.S. citizen terrorist is "fact-specific and potentially time-sensitive."
"Given the nature of how terrorists act and where they tend to hide, it may not always be feasible to capture a United States citizen terrorist who presents an imminent threat of violent attack. In that case, our government has the clear authority to defend the United States with lethal force," he said.
Three Americans were killed last year when lethal force was used against American cleric Anwar al-Awlaki. Awlaki is credited with helping plot the foiled Christmas Day bombing of Northwest Flight 253 by Umar Farouk Abdulmutallab and inspiring the Fort Hood shooting. The two others killed -- his son and a cohort who published his online terror magazine "Inspire" -- were considered by the U.S. to be collateral damage.
Asked about Mueller's response, the Justice Department said the answer is "pretty straightforward."
"The legal framework (Holder) laid out applies to U.S. citizens outside of U.S.," said a spokeswoman pulling excerpts from the attorney general's speech.
Holder said the circumstance were legal when it is a case of "an operation using lethal force in a foreign country, targeted against a U.S. citizen who is a senior operational leader of al Qaeda or associated forces, and who is actively engaged in planning to kill Americans.
The circumstances "are sufficient under the Constitution for the United States to use lethal force against a U.S. citizen abroad," Holder added.
However, the attorney general, referencing legal authority in the War on Terror that dates back to the George W. Bush administration, said the Obama administration is not bound to a particular battlefield.
"Neither Congress nor our federal courts has limited the geographic scope of our ability to use force to the current conflict in Afghanistan," he said.
Holder argued in his remarks that it is "simply not accurate" that the president must get permission from a federal court before taking action against a United States citizen terrorist.
"Due process and judicial process are not one and the same, particularly when it comes to national security. The Constitution guarantees due process, not judicial process," he said.
But Jonathan Turley, a law professor at George Washington University, wrote in Foreign Policy magazine on Wednesday that Holder's remarks not only would be seen by the framers of the Constitution as "the very definition of authoritarian power," but were met "not with outcry but muted applause."
"Holder's new definition of 'due process' was perfectly Orwellian," Turley wrote. "What Holder is describing is a model of an imperial presidency that would have made Richard Nixon blush. ...
"Where due process once resided, Holder offered only an assurance that the president would kill citizens with care. While that certainly relieved any concern that Obama would hunt citizens for sport, Holder offered no assurances on how this power would be used in the future beyond the now all-too-familiar 'trust us' approach to civil liberties of this administration," he wrote.
SOURCE

And thanks again to Swamp Rat for kicking this along to me. 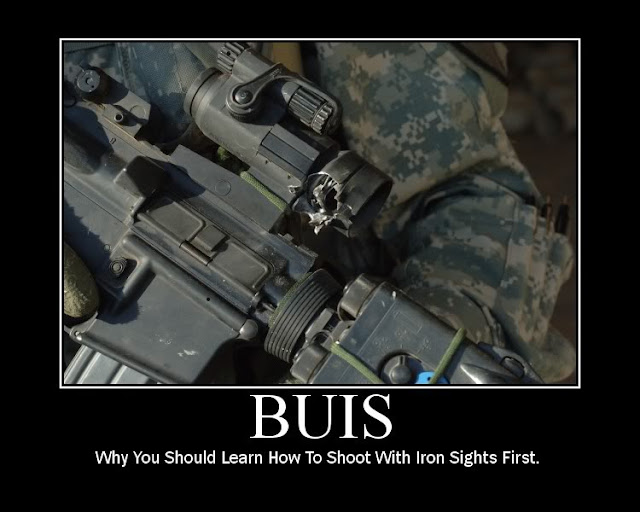 Uncle Sam: If It Ends in .Com, It’s .Seizable

The ancients had ways that were just as effective today as they were then.   Plus they were simple to make.

I saw this on History Channel's "Ancient Discoveries" yesterday.

Just look at what happens when you burn feathers with charcoal and a little sulfur.  Nasty shit for something you can whip up from the BBQ pit and a pillow.

The content of the smoke was high in ammonia, sulfur dioxide & nitrogen dioxide.  The guy that did the analysis said that the ammonia content was so high that it would kill you with in 10 seconds of breathing.

Not to mention that the amount of smoke produced was comparable to a mil smoke grenade.

All kinds of nice info in the below link.

Smoke Them Romans Out (187 BC) - The inhabitants of the town of Ambracia in Epirus dealt a setback to Roman soldiers seeking to tunnel under their walls: "Filling a huge jar with feathers, they put fire in it and attached a bronze cover perforated with numerous holes. After carrying the jar into the mine and turning its mouth toward the enemy, they inserted a bellows in the bottom, and by pumping the bellows vigorously they caused a tremendous amount of disagreeable smoke, such as feathers would naturally create, to pour forth, so that none of the Romans could endure it. As a result the Romans, despairing of success, made a truce and raised the siege." (Cassius Dio, Roman History, Book XIX)

transcript of episode
Posted by Rich T at 9:31 AM No comments:

The folks at Briebart.com are releasing some of the what Andrew was talking about before his "convenient" heart attack.


More than that, a close associate of the Obama campaign, Harvard Law School’s Professor Charles Ogletree, admitted on our exclusive tape, “We hid this throughout the 2008 campaign. I don’t care if they find it now.”

If you factor in what Sheriff Joe released about the BC.

“A six-month long investigation conducted by my cold case posse has lead me to believe there is probable cause to believe that President Barack Obama’s long-form birth certificate released by the White House on April 27, 2011, is a computer-generated forgery,” Arpaio said according to the Washington Times.

What others have found with the SSN & Selective Service registration

Then you know what's up.

If some one like you or I were found to have used 2 different SSN's and to have used visibly forged Selective Service cardsdocuments then we would have had the FBI and State Troopers crawling up our ass to see what we ate 2 weeks ago.

Instead the "great" law enforcement & investigative agencies of this nation just sit on their thumbs spinning scared.

If they went crawling up ass of our leader Barry Soetero, the only thing they would find is a load of semen from one of his gay lovers.  Because all the incriminating evidence had been disappeared.
Posted by Rich T at 7:51 AM 1 comment: