What was that range?

A good question that will answer most of the Trayvon gum bumping.


What was that range?

If the range is determined to be within six inches and the bullet path matches Zimmerman's story then I have to conclude the two were in a fight at contact distance and Zimmerman was losing badly.

The way it used to be and still should be.

Make sure to read the whole post.  Good read.

I wish she was my doctor.


It's more a scene from the days of frontier medicine than from the modern health care system. And that's because Rutten Wasson, 42, is a throwback to a time before HMOs, electronic health records and hospitals with fountains in their lobbies. She sees patients the same day they call if she's not booked up, spends at least a half-hour per visit — compared to the more typical 15 minutes — and usually charges only $50 for a consultation. She takes cash or check, but no insurance — and sometimes accepts gratuities of a dozen fresh eggs or a pie.

"I have a few bottles of homemade wine in the fridge from patients," says Rutten Wasson. "In summer, I'll get pickles or tomatoes. I've received pork sausage, the kind that would convert a vegetarian." 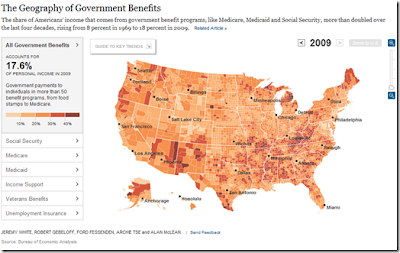 Are you looking for a nice relaxing place to live....NO ZOMBIES?

Are you working up E&E routes?

Look no further......Here it is all wrapped up in one nice easy to use interactive map.

Drill down to the county level. 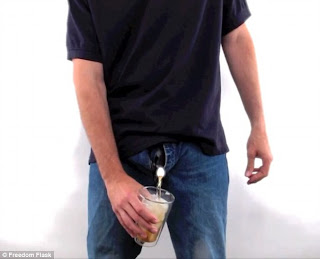 
When a going to the bar takes just too much effort.

An American company has invented what it calls the 'Freedom Flask' - an underwear pouch that turns your crotch into a beer dispenser.

That, or really confuse the guy standing next to you.

Ads for the questionable invention show a man holding an iced glass in front of a nozzle poking out of his zip fly, from which a golden brew flows.

The American-made flask for 'the rowdy gentleman' was dreamed up by a University of Georgia graduate tired of trying to sneak beer into sporting events.


For just $24.95 you can 'Take it anywhere!' the website boasts, including 'concerts and festivals, bars and clubs, events with a cash bar, the golf course, movie theatre, the ski sopes' - and of course - 'a boring day at the office'.

Wild Bill Nye is getting back in the saddle.  And he ain't playing nice.

If the EU Times is writing that Obama us driving us over the edge into being a full fledged communist country then it has to be true.

The fact that they are writing about it, is even scarier.

In what is being described as one of the most astounding power grabs in modern history by newspaper headlines around the World, President Obama has succeeded in his audacious plan to remake America into a full fledged godless communist empire barely one year into his term with the enactment into law by the US Congress of his mammoth health care plan innocuously named H.R. 3200-Americas Affordable Health Choices Act of 2009 and described by one Kremlin legal expert as having “nothing at all to do with health, but everything to do with control.”

To fully grasp the full and grim implications of Obama’s power grab over the American people with his Nationalization of the United States entire health care industry and student loan programme accomplished with the passing of this new law, it must be remembered that since taking office on January 20, 2009 he has also taken over their automobile,  mortgage, and banking industries too with the Internet said being next “in his sights”.

More insidious than these takeovers that have been destroying America’s once vibrant capitalistic system is the new regime these once free peoples are now destined to live under, and where under their new health care law will require all of them to carry a National ID card (page 58) and allow their government unlimited access to all of their bank accounts and personal records (page 159).

And in a chilling instance of the ancient prophecies for these time of “The Mark of the Beast” becoming reality, the National ID card all of the American people will now be required to possess (regardless of age) is to be combined with their new government ID card under their upcoming new immigration laws allowing them to work and is biometrically designed to “read” the backs of their hands.

[Note: According to the Christian Bibles Book of Revelations, the ancients warned of a future time when everyone, both small and great, rich and poor, free or slave, would receive a mark in their right hand, or in their foreheads which without they would not be able buy or sell anything.]

Though many have tried to warn these Americans about the plans for their Nations destruction at the hands of the Obama backed communist forces who have taken over their country [including our March 2nd report “Russia Warns US Communist Threat Endangering Entire World”] the propaganda organs in the United States have rendered silent nearly all opposition and dissident views from reaching them and they remain asleep to the true dangers soon to come upon them.

The internal use of military forces, beyond those contemplated in Posse Comitatus, are foreseeable. 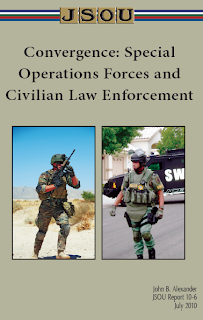 From the Joint SF University.  Straight from the hallowed halls of tyranny.

The internal use of military forces, beyond those contemplated in Posse Comitatus, are foreseeable.

The purpose of this monograph is to examine the elements precipitating this circumstance, provide SOF with a better understanding of changing domestic threats and operational capabilities of LEAs, and draw insights from the similarities and challenges imposed by transnational gangs and terrorists both domestically and abroad. The monograph will argue that SOF need new skills and training to assume the law-enforcement-like missions they are being assigned.

And here on page 81 is their reasoning for the whole paper.


The potential for dramatic changes in legal constraints. As indicated
earlier, Posse Comitatus may not be as restrictive as most officers believe.
Further, current laws regarding use of force may change, especially if the
public perceives an increase in risk to their personal safety. 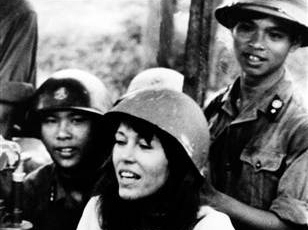 To bad the NVA didn't trip her into a punji trap.  Or one of those cheap commie AA rounds self detonate.

For years I have wished a painful violent death on that traitorous bitch.


Jane Fonda is going to be playing Nancy Reagan in a new movie. Oh yes. According to Variety, the reviled-by-conservatives actress/activist has joined the cast of "The Butler," the new Lee Daniels drama about a White House servant (Forest Whitaker) whose career lasted from the Truman Administration to Ronald Reagan's. Daniels is also looking to Liam Neeson to play Lyndon Johnson and John Cusack to play Richard Nixon.

Jump'n on the Band Wagon

Looks like all the crawlers in the US of A are going to try to jump on the Trayvon band wagon to cover up the crimes of their kids.  Kids being a relative term, not on based on age.

Drunk people do stupid things..  Committing crimes is one of them.  Being drunk under age just tacks on another misdemeanor.

Either way, Morrison is responsible for his actions.

His actions just got him dead.


In Wisconsin, a homeowner defends himself and his family from some inebriated person on his enclosed front porch at 1 a.m.  The only reason I emphasize that it was enclosed is that it means that this person entered an enclosed structure that is part of this home.  The homeowner confronts the person and instead of complying, the person approaches the homeowner.  The homeowner fires a single shot from a handgun, killing the intruder.
Two things you will notice about this case:
1. Apparently, what constitutes a "child" or "kid" has now increased to 20 years-old.
2. Skin color means you are completely innocent regardless of the circumstances.
The protesters are already out in force and I'm sure this homeowner will face threats against him for protecting his family.  Comparisons are being made to the Trayvon Martin shooting only because of the color of the individual's skin.

Which badge of honor do you wear? 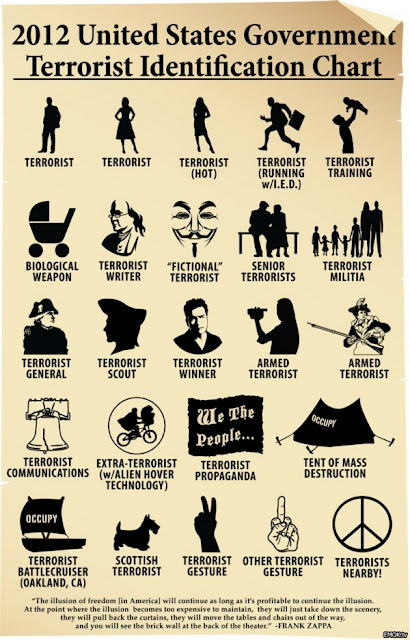 Title says it all about this woman.


The mother of Trayvon Martin has filed two applications to secure trademarks containing her late son’s name, records show. Sybrina Fulton is seeking marks for the phrases “I Am Trayvon” and “Justice for Trayvon,"