Better Odds than the Lottery

How many of us have read Braken's trilogy, Enemies: Foreign and Domestic?

Most of us, I imagine.

Remember the ATF thug scum Bob Bullard of the novels? 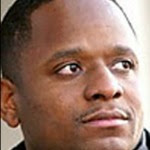 Meet Seattle PD Capt. Donnie Lowe. Last week, Capt. Lowe was arrested on domestic violence charges. He also has a prior DWI, a prior investigation for using excessive force against his own son in a jail cell, and improperly entering a private home. None of those prior incidents were enough to remove him from the force. In fact, back in 2009, just a couple months after his DWI, and well after the other incidents, then-lieutenant Lowe was assigned to head up a special Seattle PD security detail for President Obama’s inauguration. He has since been promoted.


So it's just a matter of time before he get's brought up from the minors by his sugar daddy .

Keep you eye on this one folks, I look for him to be a real up & comer in the OP/Sup game (oppression & suppression). 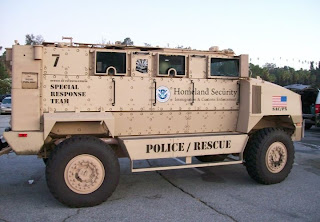 As the invasions of foreign countries in the Fertile Crescent winds down.  There is an expected excess of 6,000 MRAP's of various configurations.

These along with numerous other .mil systems are going to be deemed not needed as they are non-standard equipment and will be given to the .mil jr's called police departments .

Through 2011, the Defense Department bought and fielded more than 27,000 MRAPs, according to the Government Accountability Office, which on March 31 sent Congress a briefing on how the Army and Marines are trying to determine what equipment designed specifically for fighting in Iraq and Afghanistan should be retained and what should be discarded.

How to handle nonstandard equipment is an issue bigger than MRAPs, however.

For example, as part of its post-Iraq-Afghanistan transition work, the Army since 2004 has reviewed 409 equipment systems, according to the GAO. Of those, only 11 percent have been determined useful for the future, including MRAPs. Thirty-seven percent of the systems under review have been deemed “not needed and should be terminated,” according to the GAO. The remaining 52 percent, on which the Army has made no decision, are nonstandard equipment being used in Afghanistan and other overseas operations and paid for with OCO money.


Sometimes it hard to tell the difference between .mil & .leo now days.