I got this in on email and I thought this was a obit announcement.

My hopes & dreams are again dashed against the rocks.

Thanks to our president, this nation's immigration policy just became more fair and more just.

Effective immediately, the Department of Homeland Security is taking steps to ensure that young, undocumented immigrants who were brought here as children by their parents, and who have followed the law since then, will be able to request temporary relief from deportation proceedings -- and will be allowed to apply for authorization to work in this country.

They're a group that we've come to call the "Dreamers" -- and today, the country they love is telling them they should be able to dream as big as they want.

For years, the President has called on Congress to make common-sense fixes to our broken immigration system. They haven't. So he did.

I am so proud to stand with President Obama on this decision. Watch what he had to say today -- then join me by getting his back.

The hundreds of thousands of people who this policy might help are people who call the United States of America home. They study in our schools, play in our parks, and pledge allegiance to our flag. Some of them have served in our Armed Forces. They've started businesses; they've started families. They are Americans in every way but on paper.

Congress still has time to pass the DREAM Act. And if they do, policies like today's will no longer be necessary.

We are not giving up on this issue.

Stand up and support the President today -- and help send the message that this first big step must be followed by a real, permanent solution from Congress:

‘Not Amnesty,’ Napolitano Says: ‘It Is An Exercise of Discretion’

Do they really think they are fooling anyone????

Nap's above quote is like her saying she didn't shit her pants, it was just a juicy fart. 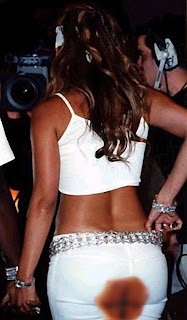