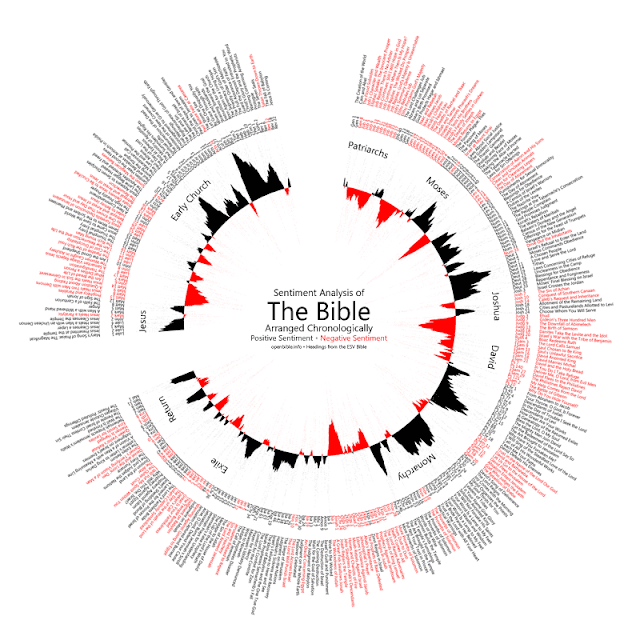 The positive & negative sentiment of the Bible visualized


Things start off well with creation, turn negative with Job and the patriarchs, improve again with Moses, dip with the period of the judges, recover with David, and have a mixed record (especially negative when Samaria is around) during the monarchy. The exilic period isn’t as negative as you might expect, nor the return period as positive. In the New Testament, things start off fine with Jesus, then quickly turn negative as opposition to his message grows. The story of the early church, especially in the epistles, is largely positive.

Dumbass Award of the Day

Dumbass Award of the Day

Two separate investigations are underway Monday after multiple submachine guns and pistols used for SWAT training by the LAPD were found missing.

The 21 MP-5 submachine guns and a dozen Colt 45 automatic pistols were taken from a locked container inside the Kennedy Building on San Pedro Street, police officials said.

And He had some BALLS

Son's of Liberty??? We can Hope


HENRICO, VA (WWBT) – NBC12 has uncovered one of those stories that makes you think: "How in the world does that happen?!"  A truck filled with President Obama's podiums and audio equipment was stolen in Henrico just days before his visit to Chesterfield.

We confirmed an investigation with the U.S. Defense Department.  There are still a lot of questions.  The biggest one being did the thieves intentionally target the President's truck or did they take advantage of a crime of opportunity and give a big "uh-oh" when they saw what was inside.

When you see President Obama speak, there is a pretty typical setup including the presidential seal on a podium, the see-thru Teleprompter and a portable sound system.


Thieves saw the truck carrying that equipment and couldn't resist the target. 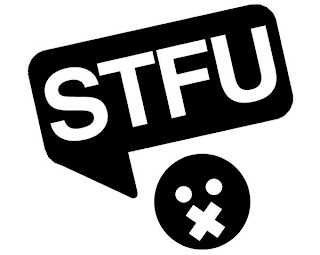 If I wanted to conversate with you I would.  Until then, do the above.

Nothing but trying to entrap.

Detroit Metropolitan Wayne County Airport joins Boston’s Logan International as a test site for the program, in which TSA employees briefly talk to passengers to assess whether they might be involved in terrorist activities. The technique has been called “chat-downs” by Representative Bennie Thompson of Mississippi, ranking Democrat on the House homeland security committee, who has questioned whether it works.